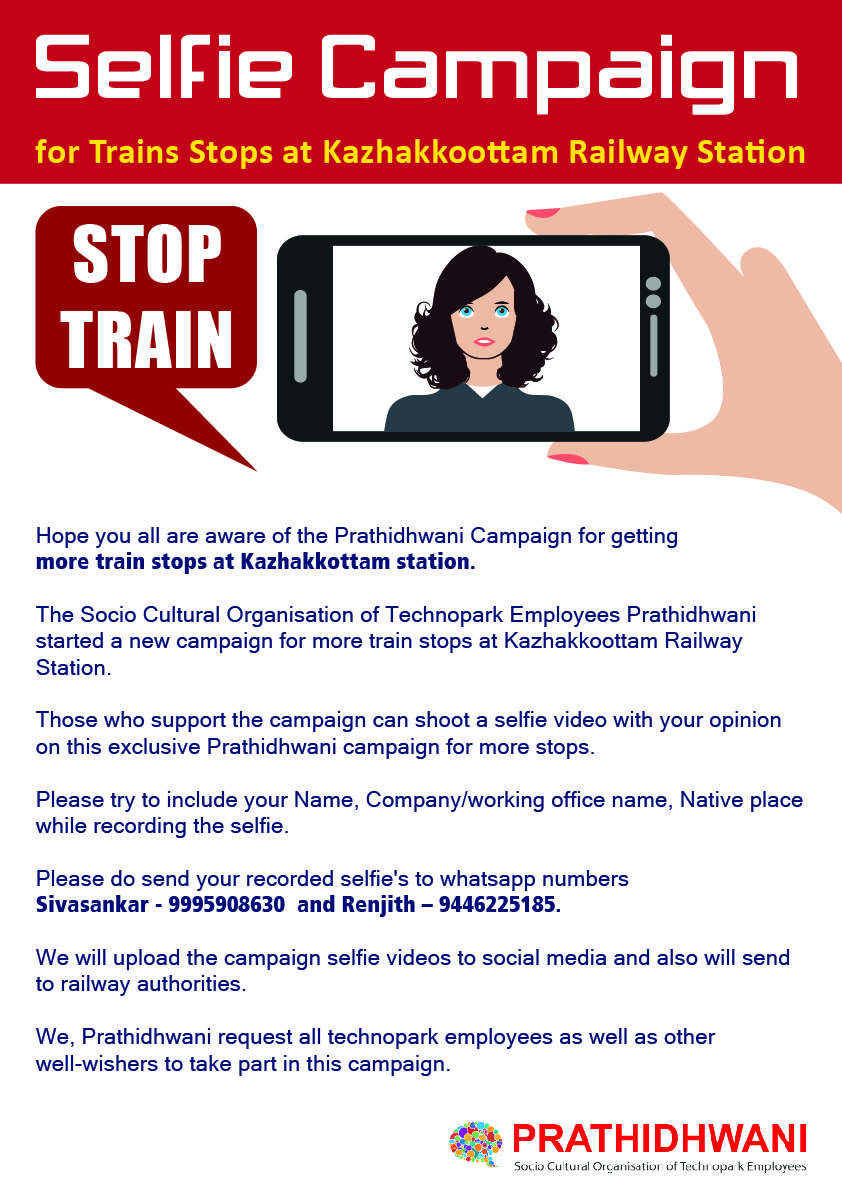 Hope you all are aware of the Prathidhwani Campaign for getting more train stops at Kazhakkottam station The Socio Cultural Organisation of Technopark Employees - Prathidhwani started a new Selfie video campaign along with Hash Tag campaign for more train stops at Kazhakkoottam Railway Station. Those who support the campaign can shoot a selfie video with your opinion on this exclusive Prathidhwani campaign for more stops. Please try to include your Name, Company/working office name, Native place while recording the selfie. Please do send your recorded selfie's to whatsapp numbers Sivasankar - 9995908630  and Renjith – 9446225185 We will upload the campaign selfie video's to social medias and also will send to railway authorities. We, Prathidhwani request all technopark employees as well as other well-wishers to take part in this campaign.