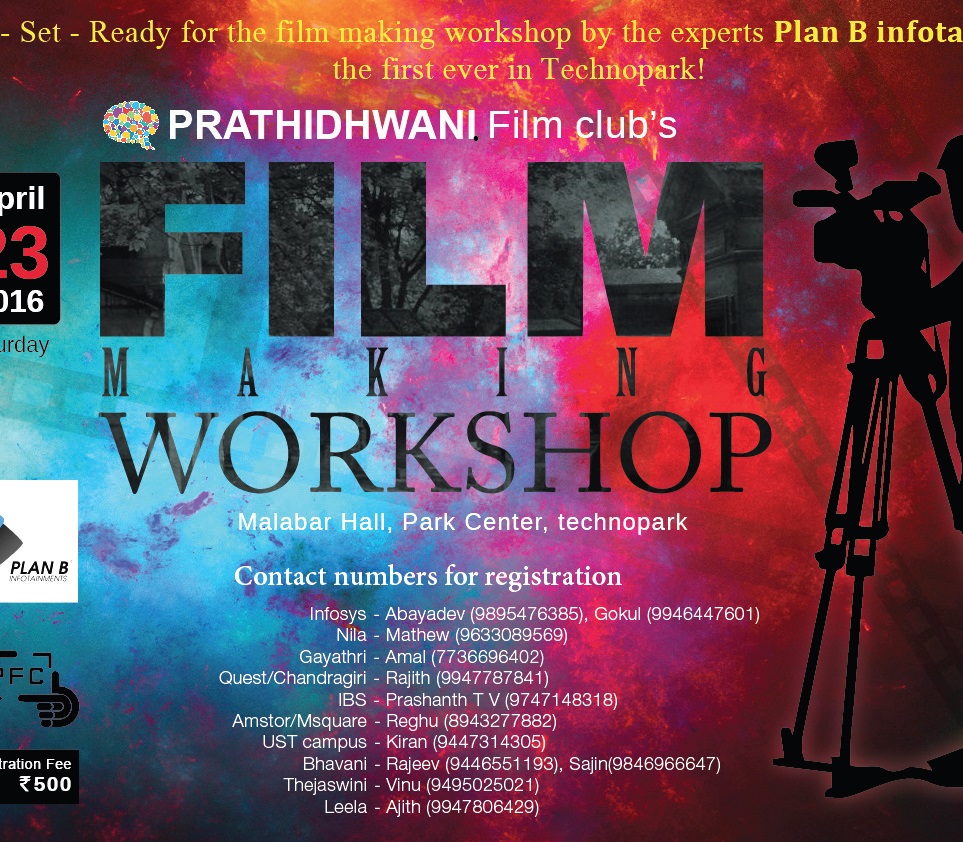 Techies who have a penchant for filmmaking can participate in an upcoming filmmaking workshop to be organised by the Film Club of 'Prathidhawani' - the socio-cultural organisation of Technopark employees. Already, 50 participants have registered for the one-day workshop which will be held at Malabar Hall at Park Centre in Technopark on April 23.

The participants will be familiarised with  various facets of filmmaking such as screenplay writing, direction, editing and sound mixing. The workshop will conclude with the screening of a short film made by the participants. “Technopark CEO S Ramnath will inaugurate the workshop at 9 am on April 23. Film critic M F Thomas will be present on the occasion," The acclaimed Qisa Film Festival organised by Prathidhwani has already helped fine tune the filmmaking talents of techies. The annual Film Festival which began in 2012 has featured many movies of international standards. Over 100 films made by techies have been featured in four editions of the Qisa film festival