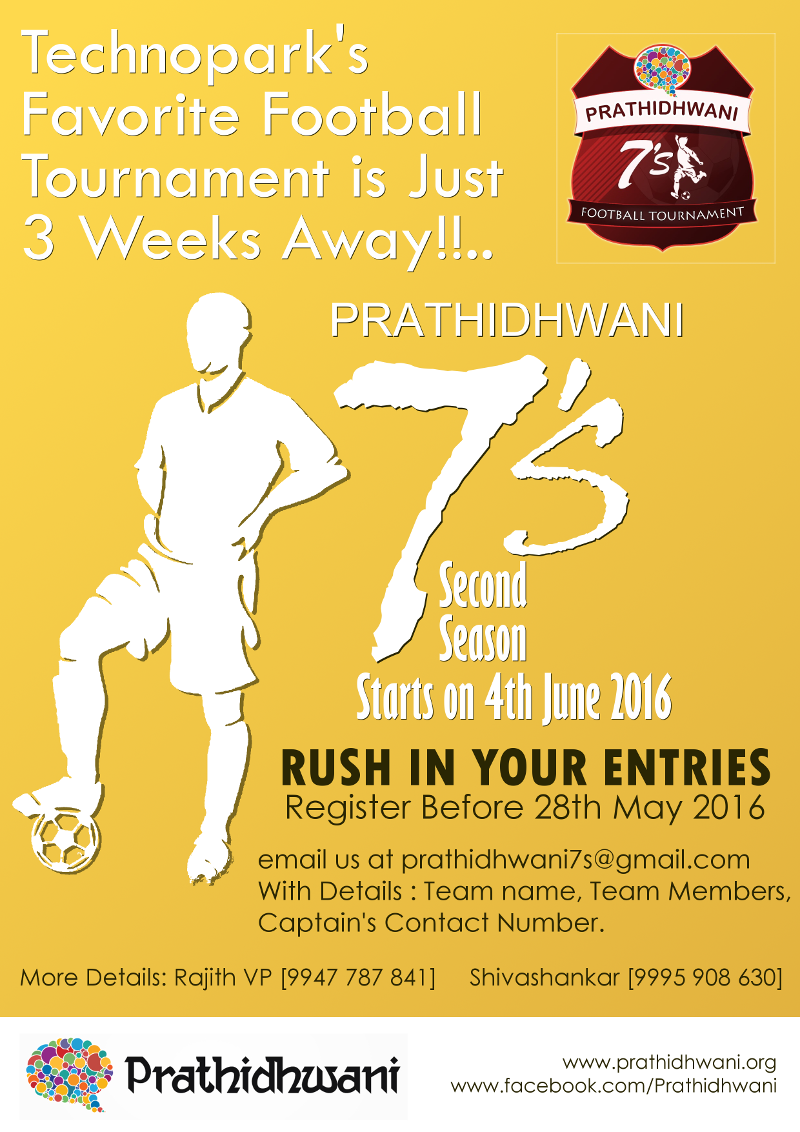 You remember it. You remember it for sure. The first season of Prathidhwani7's, which lasted for almost 5 weeks; 48 teams; 64 matches!! It was a feeling for the techies. World's most beautiful ball in its most beautiful format!!! Second season of Prathidhwani7's is just few weeks away; Starting on4th June 2016 at Technopark ground. Come; let’s PLAY! Like we have played last year, the tournament will be of league cum knockout style. Fixture and rules will be published once the registration is closed. Rush in your entries to prathidhwani7s@gmail.com. Register before 28th May 2016 with details : Company & Team name, Team members, Captain's contact number. For more details, contact: Sivasankar - 9995 908 630 Rajith VP - 9947 787 841