Prathidhwani7’s, the first ever 7’s football tournament in Technopark organized by Prathidhwani ( Socio Cultural Organisation of Technopark Employees) is reaching at its final stage this week. Mere mention of the word "sevens" can make some sports fans break out in a cold sweat. It tests the stamina, skills and speed of the player. It is the beautiful game in its beautiful format; a competition, in which you end up getting punished, if you don't take your chances. Techie football lovers have been enjoying the first ever edition of it with great enthusiasm.

Semi finals will be conducted on 10th June 2015 at 4PM and 5PM and the Final will be on 11th June 2015 at 5PM. QuEST Global will play against UST Global in the first semi and Infosys against Allianz in the second semi. The top four teams from 48,  travelled through initial knock-out, group stage league, pre-quarter and quarter.

Arjuna award winner and former Indian National team player Sri. I M Vijayan is the chief guest for the event and will hand over the Prathidhwani7’s trophy to the winning team. Technopark CEO Sri Girish Babu and captains of all football teams participated in the tournament will also attend the ceremony. Runner Up, Third place, Best Player of final, Highest Goal Scorer in the tournament will also felicitated. 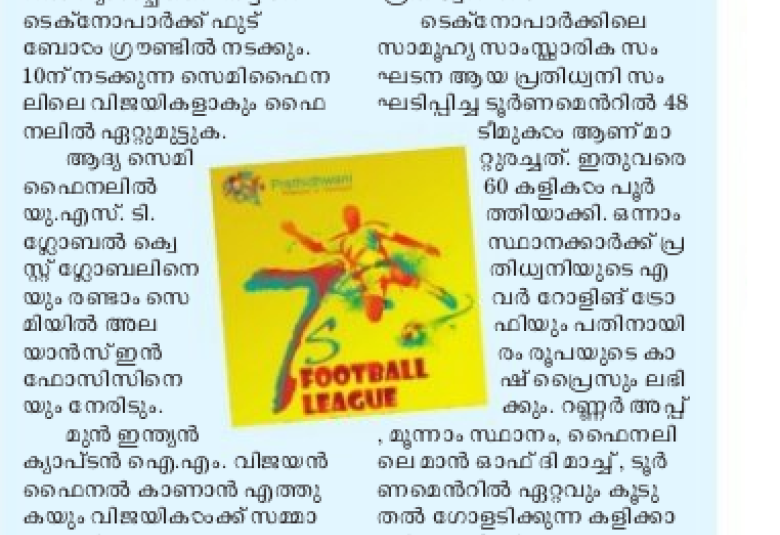 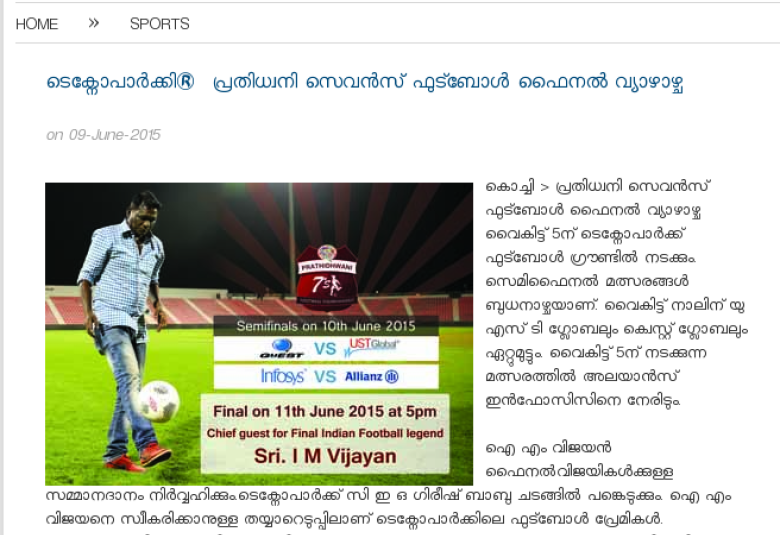