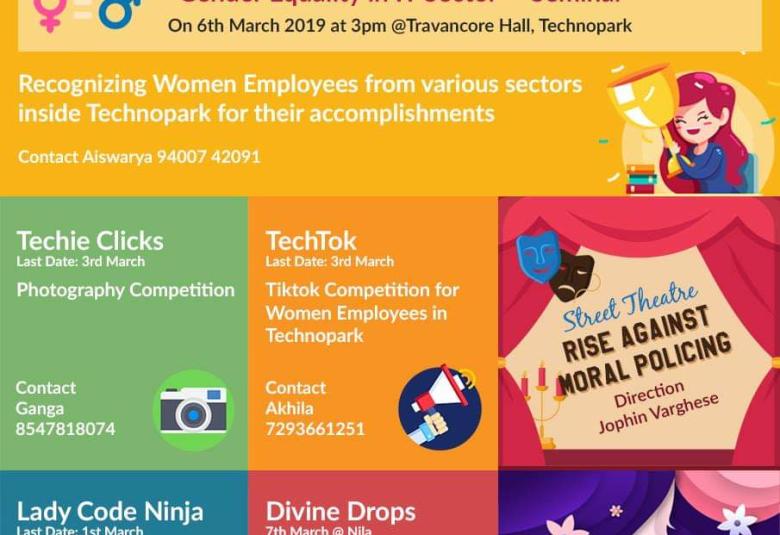 The International Women's Day 2019 campaign theme of #BalanceforBetter is a call-to-action for driving gender balance across the world. 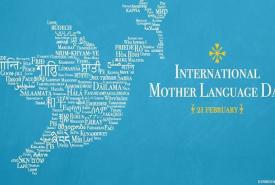 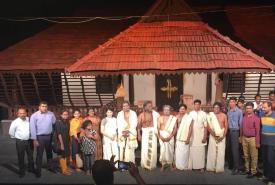 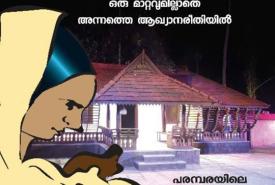 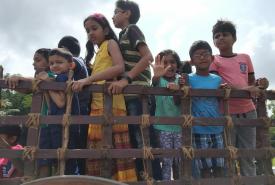 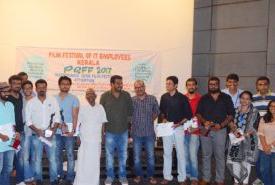 Sixth edition of Prathidhwani Short Film Festival PQFF 2017 concluded with a spectacular closing ceremony. 35 short films were screened at this edition, which is conducted every year for the IT employees of Kerala. Jury panel consisting of national and State award-winning filmmakers Sri Nemom Pushparaj and Smt Vidhu Vincent, headed by film critic Sri M.F. Thomas evaluated the entries. 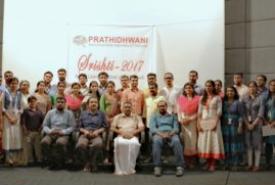 Prathidhwani, Socio-Cultural & Welfare organisation of IT Employees, based in Technopark, has presented awards to winners of its creative writing contest titled ‘Srishti 2017' held for IT employees. The Award distribution ceremony of the ‘Srishti 2017 was conducted at Travancore Hall at Technopark Trivandrum. The awards including trophies, cash prizes and books were distributed by beloved Malayalam author ‘Benyamin’, Kerala Sahithya Academy award winner. 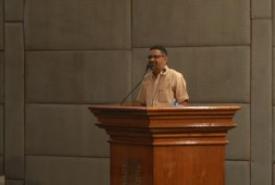 Srishti 2017, a Literature and Art Contest organized by Prathidhwani- A Socio-Cultural and Welfare Organization of Technopark IT employees- has come to an end. Srishti is the only platform where IT employees can discover their artistic talents and this year the award ceremony will be inaugurated on November 13th by renowned writer Benyamin who is known for his Malayalam Novel “Aadujeevitham”. Winners will be awarded with Trophy, Certificate and Cash Price in this prestigious ceremony. 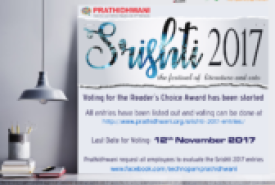 Prathidhwani Srishti 2017, the one and only Festival of Literature and Arts specifically for IT Employees@Technopark, has been  entered its second phase. All the short listed entries in the 8 categories of Literary competition have been published in the Prathidhwani web site for Readers Choice Awards. Like previous years, Srishti 2017 also got huge response from techies, a total of 298 entries in different  categories.

The prestigious film festival of Technopark which has been attracting the film lovers of Trivandrum - "Prathidhwani's Qisa" is inviting entries from IT employees all over Kerala.